EU integration and strong investments in the economy remain a top priority.

With the win of the opposition at the Montenegrin elections, many have inquired about its potential influence on the nation’s already popular Citizenship by Investment program, making this timely GC Series one of the most popular and requested to date.

Elections are a chance for a country to validate and steer its domestic and foreign policies. In this case, the nation spoke out loudly, and significant domestic changes are foreseen.

On the foreign policy front however, regardless of certain campaign promises, Montenegro is set to maintain its course to join the EU, as it is highly beneficial for the entirety of the country.

“European integration will be a catalyst for Montenegro’s development and flourishing of its tourism sector, which it very much depends on,” stated political analyst Ljubomir Filipovic.

The Covid-19 pandemic devastated the tourism sectors around the world, including Montenegro, and countries are now forced to adopt new strategies to balance their budgets and significantly boost foreign direct investments. Fortunately, Montenegro already has an operational Citizenship by Investment Program, which has enjoyed support from both sides of the parliament.

With a maximum number of applicants fixed at 2,000, the country is expected to attract estimated EUR 1 billion in the form of contributions and investments in its real-estate sector, which can be seen as a lifeline in the current conditions.

“As the leading government advisory and agent on the program, at Arton Capital we believe the funds are somewhat guaranteed and the new government will be relying on them, regardless of its composition,” shared Armand Arton, Founder and President of Arton Capital.

“We don’t expect to see any significant changes with the Citizenship by Investment program other than increasing its promotion to secure the investments faster. The quicker the country recovers from the Covid-19 pandemic aftereffects, the better it will be for its people,” he said.

Dejan Medojevic, the CEO of Montenegro’s CIP Agency, continued on this point stating that they “want to assure all investors, that regardless of Montenegro’s political landscape, their economic citizenship is a permanent and legal right that can’t be denied, and they are completely safe here in Montenegro.”

Given the finite number of applications permitted within Montenegro’s CIP; it is widely viewed as a limited offer that may expire anytime.

“We don’t know what the government will decide after the applicant limit has been reached. As one of the most efficiently run programs on the market, employing the highest due diligence standards, we are confident that this limited time offer will be beneficial for the country and the investors,” shared Stojanovic.

“Worldwide interest in Montenegro’s Citizenship by Investment program is phenomenal and Arton Capital currently has the highest market share of submitted applications,” he added. 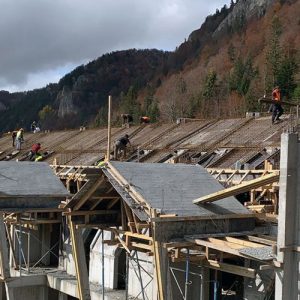 Westin, Bjelasica 1450 and Breza projects advance on schedule, to be completed by 2022. While

Arton Extends a Limited Time Offer to Investors in Montenegro

Arton Extends a Limited Time Offer to Investors in Montenegro 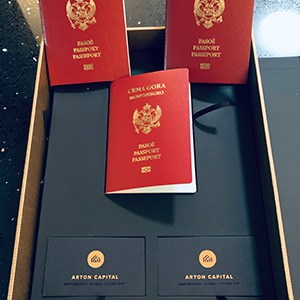 Rejoice at receiving their passports after delays from Covid-19 travel restrictions. After only 89 days