The United States of America has today begun implementing a new policy aimed at restricting the granting of visas to women travelling to the US “primarily to give birth” in order that their children can be entitled to a US passport.

The US is one of a relatively small number of countries that grants citizenship to individuals born in the US (commonly referred to as birthright citizenship or jus soli). Most states link the citizenship of babies to that of their parents (jus sanguinis) or they confer citizenship later in life through processes of naturalization, including through citizenship by investment.

President Donald Trump has long criticized the concept of birthright citizenship and the related practice of “birth tourism” which the new policy is intended to prevent. Trump originally sought completely to remove birthright citizenship but faced challenges insofar as the right was established as far back as 1868 by virtue of the Fourteenth Amendment to the US Constitution.

Changing a provision of the Constitution is not an easy task and requires endorsement by each of the individuals States of the Union. Furthermore, the symbolic importance of birthright citizenship in the US cannot be underestimated given its connection to the abolition of slavery, which was affirmed by the Thirteenth Amendment in 1865, and the associated requirement of granting nationality to the children of African-American slaves.

On the other hand, as noted above, there are only a few other states in the world (35 in total) that recognize the right to citizenship based on place of birth. Importantly, all of these states, excluding Cuba, are members either of the Organization of American States or of the Commonwealth. Jus soli is enshrined in Article 20(2) of the OAS American Convention of Human Rights which states that “every person has the right to the nationality of the state in whose territory he was born if he does not have the right to any other nationality”.

Other than the US, the only other major Western state that recognizes jus soli is Canada, but Canada is a member of both the OAS and the Commonwealth, although not party to the ACHR. It is interesting to note also that several of the states that recognize jus soli, Including Canada, also operate citizenship by investment programmes indicating their openness to mobility and empowering global citizenship.

The US, under Donald Trump, has a strategy of restricting immigration and this new policy is undoubtedly part of that strategy. It is unlikely that President Trump will be able to do away with birthright citizenship and he certainly cannot do it by Presidential decree. Nevertheless, the policy will undoubtedly reduce the number of babies born in the US simply for the purpose of securing a US passport.

That having been said, it remains to be seen how the policy will be enforced, with customs officials having to assess whether a woman is pregnant on entry to the US and whether her intention is only to come to give birth there.

Within the next three decades, hundreds of millions of people could be forced to 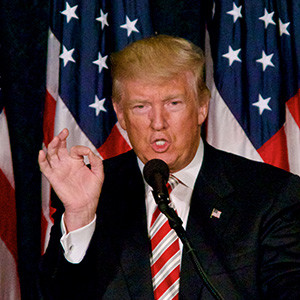 by Armand Arton Theresa May, Britain’s new prime minister, declared in a speech recently that